Value Drivers – Not Always Where You Think They Are 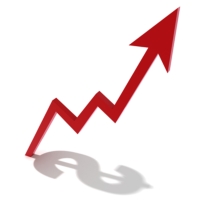 Since speaking to some of the Maverick 1000 Members at this years Underground, I’ve been in pretty regular daily discussions with business owners about the importance of understanding what REALLY drives value growth in their business. You might be surprised how few actually know this. Many unfortunately believe that value growth is exclusively derived from the companies financials and how quickly and efficiently they grow revenue and profitability. As a result, they invest all of their time and money focused there and miss out on many superior sources of much more significant value acceleration.

The article excerpt below drawn from The Dealmakers Journal July 2010 edition illustrates what I mean:

“Wall Street rarely applauds compassion. In fact, for years Costco was derided by analysts, who felt the company paid its employees far too much money. Its reward for such largesse was a price-to-earnings ratio that traditionally lagged behind Walmart and other retailers who weren’t nearly as generous to their staff. Criticism from the likes of Deutsche Bank analyst Bill Dreher, who told the Wall Street Journal in 2004 that “Public companies need to care for shareholders first,” was not uncommon at the time. Increasingly, though, investors are starting to come around on the Costcos of the world, recognizing that a company that invests in its employees, clients or even society at large doesn’t necessarily do so at the expense of profits. In fact, in many cases, these decisions create a more sustainable business model and drive value that is ultimately reflected in performance. Costco, it’s worth noting, has a price-to-earnings ratio today that sits above 20, making Walmart’s stock, trading around 13x earnings as of press time, look undervalued by comparison. In investment circles, people will toss around the acronym ESG, which stands for “environmental, social and governance” criteria that may go into an investment decision. It’s different from the SRI strategies, or socially responsible investing, that tend to make value judgments against sectors considered to be sin industries.

Acquirers too are beginning to search for the hidden value that tends to elude recognition on a company’s balance sheet. If you ask Advent International’s David Mussafer about the firm’s investment in lululemon athletica, one of Advent’s biggest wins in recent years, he’ll recount a hike the firm’s partners took with the company founder, which revealed more about the opportunity than any boardroom meeting or dataroom visit could possibly uncover. Meanwhile, the sale of Zappos to Amazon was spurred in part by Amazon’s desire to capture company’s culture. In hindsight, Zappo CEO Tony Hsei, in an excerpt from his recent book, revealed that the sale was also motivated by management’s efforts to preserve the culture from its VC backers, who, amid the downturn, were “only concerned with maximizing profits.”

So…reflecting on your business, do you really know EXACTLY where the most aggressive value drivers are?

I’m interested in reading your thoughts and opinions below.

Get Your Free Resources from Steve Little 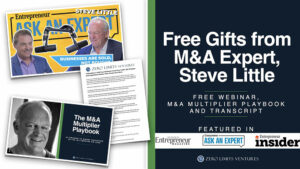 You’ll receive immediate access to these resources and a link to register for a complementary strategy session with Steve.

How To Make Your Business Far More Valuable Before You Sell 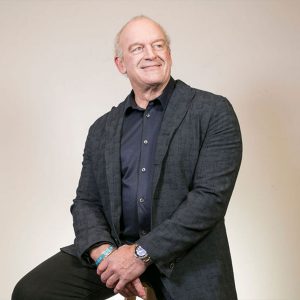